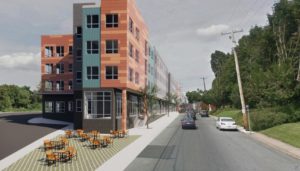 The proposed redevelopment of the former Rebman’s site into a mix of affordable housing and “sorely needed” neighborhood services has received the go-ahead from the city Zoning Hearing Board.

The $15 million mixed-use project at 800 S. Queen St., unveiled last year by local entrepreneur Jeremy Feakins, also would have a medical clinic, grocery/general store, a café, a day care center and a yet-to-be determined commercial use.

Anchoring the new four-story building at South Queen and Furnace streets would be 72 one-bedroom and two-bedroom apartments, with monthly rents ranging from $900 to
$1,100.

Pending other city approvals, Feakins hopes to raze the idle Rebman’s store of 13,000 square feet and break ground on an L-shaped, 88,000-square-foot building in early 2022. That would lead to a mid-2023 opening.

“The kind of tenants we’re looking for are working families that are finding it almost impossible at this time to ind clean, safe and affordable living accommodations. That’s the mission here. That’s what we’re trying to get to,” Feakins said.

Rental housing of all types is in short supply in the city and county, though the need for affordable housing is the most pronounced, officials say. 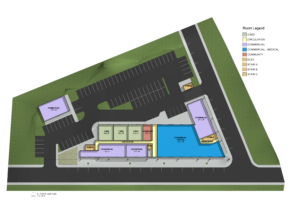 The severe need for rental housing of all types combined with exceptionally low interest rates have prompted various developers to propose seven other housing projects in the city in the past two years, totaling 1,020 units. But only one of those other projects – at the empty Lancaster Regional hospital – is focused on affordable housing.
On Monday, the board’s three members unanimously – and enthusiastically — approved the six variances and one special exception that Feakins sought. The 1.4-acre parcel is zoned urban commercial.

Board Chair Rudy DeLaurentis called the venture “a very worthwhile project … I personally think this plan is a breath of fresh air and very well executed.”

“I applaud the goal of this project,” said board member Bob Shenk. “That part of the city is really lacking in pretty much everything, and services especially.”

Board member Elizabeth Guthridge, who lives within walking distance of the site, said: “It’s making our part of town beautiful and I appreciate that. … Thank you for this project.”

To be eligible to live there, a household could earn no more than $52,800 — or 80% of the county’s median income of $66,300, though that number could change by the time the apartments open.

“I was brought up in a working-family neighborhood (in London) many years ago. I know what it means to have accommodations that are safe and affordable and where there are services nearby so you don’t have to walk for miles,” he said.

“I also know what it means to have security on a site like this,” Feakins added, saying the property will have security cameras that are monitored around the clock.

Rebman’s was a family-owned party-and-holiday decorations and supplies business that operated the South Queen Street location from 1949 through 2003. The building has been used for storage since. Feakins bought the tract in 2006, using a small building at the rear of the property for his office. Under Feakins’ redevelopment plan, that building would be converted into the day care center.

The special exception that the zoners approved allows the café. The variances allow Feakins to: provide 68 on-site parking spaces instead of the required 123, place three apartments on ground level, eliminate the setback of the building’s upper floors, not have a tree-well placed every 10 parking spaces, include a medical use without a size restriction and exceed the 60-foot building height limit by 10 feet.

To obtain the parking variance, Feakins’ development team from ELA Group pointed to its 345-page parking study that found there’s ample on-street parking available next to and near the site. To win the height variance, the team noted that the rooftop would be 57 feet high; the extra 10 feet would allow stair towers needed for access to a roof garden. To get the tree variance, the team said Feakins would alter the tree-planting layout to give the trees more room to grow. He also would plant 11 trees, four more than required.

Feakins, of Pequea Township, is best known as the chairman and CEO of Lancaster-based Ocean Thermal Energy Co., which develops systems that use ocean water to generate renewable energy, cool air and potable water.

The Rebman’s site is a federal Opportunity Zone, a designation that would give investors in the project tax breaks on their capital gains. In addition to private investment, the project also would be financed with grants and lower-cost loans, Feakins said. All of those financing avenues, plus “careful” decisions about the project’s design and building materials, would make the project fiscally sound despite the below-market rents, he said.

Without the tax breaks, Feakins said after the meeting, real estate investors might only look at “more lucrative property development projects that are building market rate or above apartments and commercial spaces. The investors who support us all believe in the revitalization of distressed neighborhoods. The Opportunity Zone program gives them a financial incentive for doing so.” 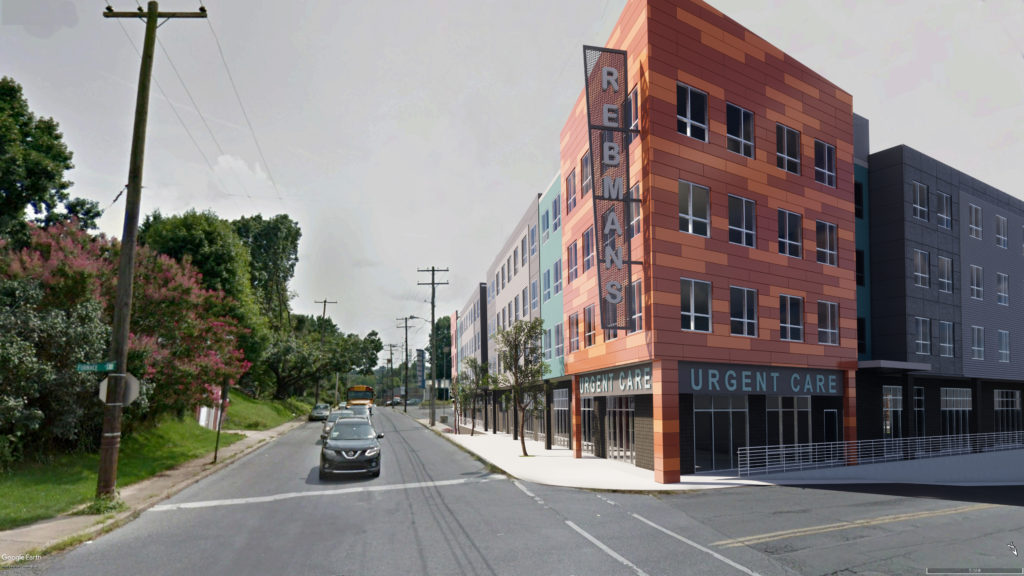 Questions? Write To Us At: Hello@ozfundteam.com